Paying tax on time – why this is a great idea

You should already know that if you’re in business and you make a profit then you have to pay tax. Not paying tax can see IRD chasing you for collection and your debt almost doubling every three years it’s not paid. Despite this, not every business pays their tax.

As at June 2015, New Zealand taxpayers owed IRD over $6.1 billion in overdue taxes (excluding child support) of which almost half was for penalties and interest[1]. Of those arrears, 22% was overdue no more than one year, and 54% was older than three years. Paying your tax obviously isn’t as easy as it sounds otherwise IRD wouldn’t be owed over $6.1 billion in overdue taxes.

In the decades I have worked with small to medium business owners I have noticed many of them fail to understand the need to plan to pay the taxman. We see examples of this each and every year. Examples like this:

Every dollar you pay the IRD for late payment penalties, late filing penalties, and interest is a dollar you could have used to reinvest in your business or to enjoy in some other way that means something to you (a night out, a holiday, pay your accountant more …). I don’t know about you, but I’d much prefer to enjoy the money I make in my business than give an extra dollar to the IRD that I didn’t need to. 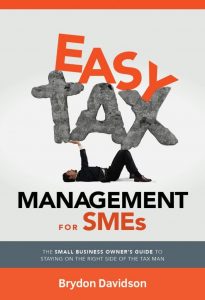 Most business owners understand they have to pay tax if they make money, but what usually happens is that when faced with the choice of paying tax at a later date versus paying suppliers or employees ‘now’, they invariably choose to pay the suppliers and/or employees first and worry about their taxes later. And when ‘later’ arrives, they simply don’t have the money to pay the taxes that are due.

While it’s a hard thing to do sometimes, keeping on top of your tax obligations will save you a lot of time, money, and most of all stress in the long run. If you need ideas on how to achieve this better than you’re currently doing, either call for a FREE complimentary breakthrough session, or grab a copy of my latest E-book – Easy Tax Management for SMEs – The Small Business Owner’s Guide to Staying on the Right Side of the Tax Man 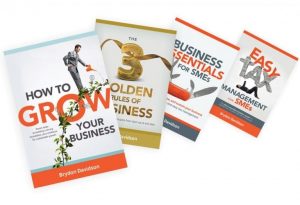